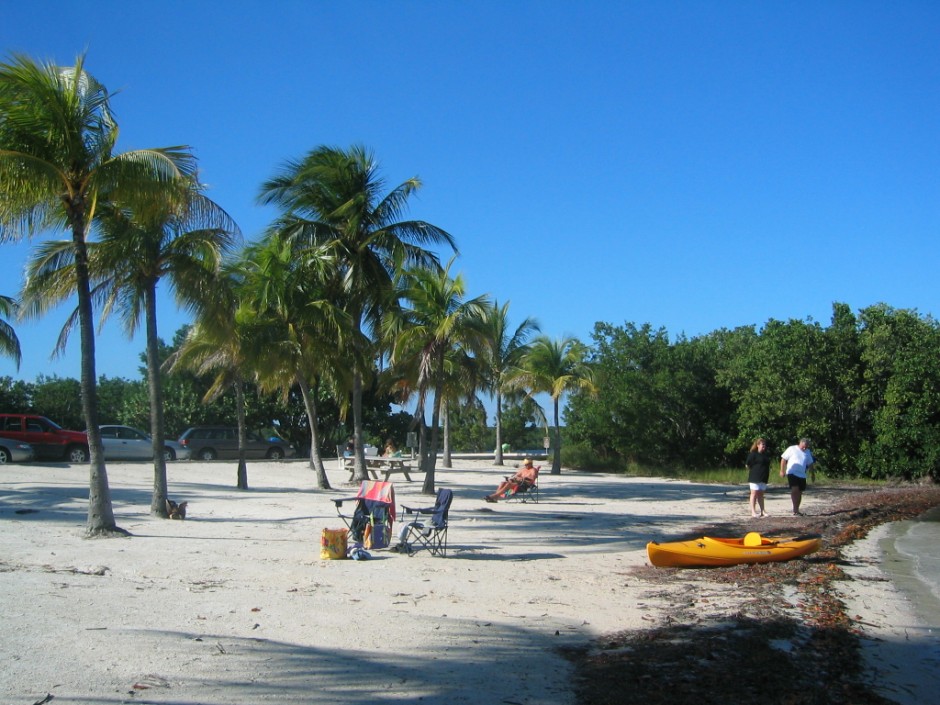 Wildlife abounds here in the Florida Keys, but one must get on or under the water to observe most of it. The State of Florida has provided the place and commerical enterprise the means to make these wildlife observations whether one is man, woman or child, avid scuba diver or someone who hates to get his or her feet wet.

The place is called John Pennekamp Coral Reef State Park, the first underwater park in the United States. The park and the Key Largo National Marine Sanctuary are 20 miles long and contain about 103 square nautical miles altogether. It’s about a one hour drive from Miami but a world totally apart from any man-made metropolis. The residents at Pennekamp are more than 500 species of fish and 55 varieties of coral, along with 27 species of “Gorgonians,” which are marine life forms related to anemones.

The coral forms a kind of underwater condominium which also is home to crabs, sea urchins, snails, lobsters, shrimps, worms, chitons (mollusks), starfishes, sea cucumbers, sand dollars, barnacles and sponges. These are the life forms of another world. And a visit to this alien place is very much like traveling through space to another planet. For close observation, one needs a “spacesuit” – in this case, a tank – filled with compressed air, and regulator, a face mask, fins and snorkel. A glass-bottomed boat acts as a kind of spaceship for those who don’t want to take an actual plunge

There are four basic ways to visit Pennekamp’s residents: Glass-Bottomed Boats; Scuba Dive; Snorkeling; and Sailing. There are more than 30 independently owned dive shops in the Key Largo area which offer similar diving and snorkeling trips. Divers and snorkelers who want to see something man-made in this underwater world besides wrecks can go to Key Largo Dry Rocks, where there is a nine-foot bronze statue of Jesus Christ in about 20 feet of water. There also are large brain, stag and elkhorn coral formations and a four foot barracuda who likes to be photographed.

Inevitably, there are one or more people in most family groups who couldn’t care less about the park’s underwater inhabitants. For them, there are two manmade beaches, as well as canoe, kayak, and sail boat rentals and nature trails.